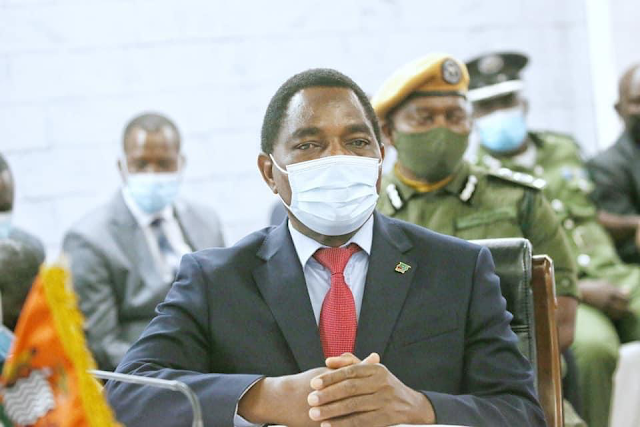 A driver at Evelyn Hone College has been sentenced to one year imprisonment by the Lusaka Magistrates’ Court for alleging that President Hakainde Hichilema is a disbeliever in Christ.

Andsen Zulu, 46, who was facing a charge of defamation of the President failed to prove that the Head of State is atheistic and admitted bringing his name into ridicule.

Zulu on April 29, 2022 with intent to bring the name of the President into hatred, ridicule or contempt published defamatory matter on his Facebook page alleging that "HH is a member of the anti-Christ so we can't get surprised."

Appearing before magistrate Chrispine Hampungani, Zulu who pleaded guilty to the charge of defamation of the President, said he did not intend to bring the Head of State into contempt.

Asked if he had lawful justification to defame President Hichilema, the convict denied, saying he was only having a simple conversation with his friend Mohammed.

Magistrate Hampungani convicted Zulu upon his own admission of guilt.

In his mitigation, Zulu begged for the court's mercy, saying he never meant his word neither did he know his comment would attract a serious offence.

In his judgement, magistrate Hampungani said Zulu's actions brought the President's name into disrepute especially on Facebook to which many people have access.

"To deter would be offenders, I hereby sentence you to one year imprisonment with hard labour effective today. Leave to appeal is granted within 14 days if you are disatisfied with the judgement of this court," said magistrate Hampungani.