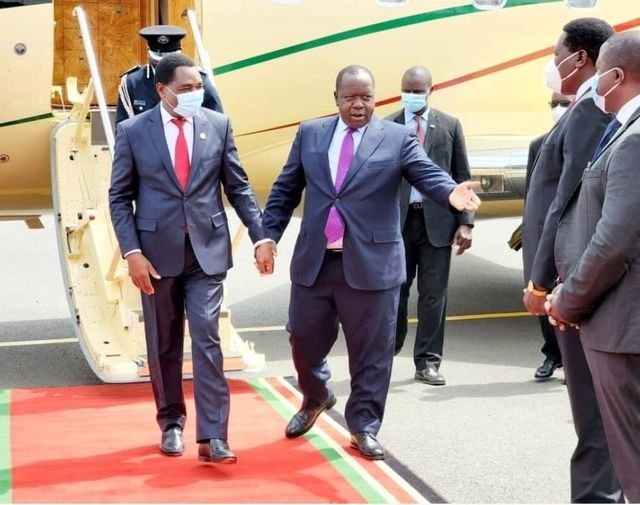 President HAKAINDE HICHILEMA is in Nairobi Kenya for a two day working visit.

ZANIS reports from Nairobi that the Plane carrying President HICHILEMA touched down at Jomo Kenyatta international airport at 11:08 Kenyan time.

Upon arrival, President HICHILEMA proceeded to State house where he received a 21 Gun salute and inspected the Guard of honour mounted by the Kenyan Defense Force.

The President is in Kenya at the invitation of his counterpart UHURU KENYATTA.

During his visit, President Hichilema is expected to hold bilateral talks with President Kenyatta which will centre on issues of interest between the two countries.

According to ZANIS in Nairobi, after the bilateral talks, a signing ceremony of Memoranda of Understanding -MoUs- between Zambia and Kenya in various sectors will be held.