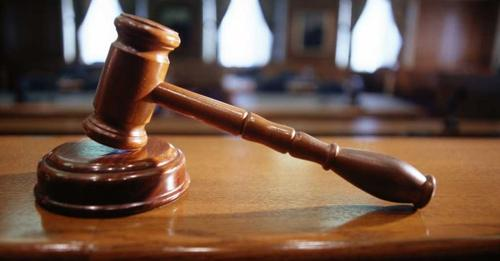 THE Ndola Magistrate courts have heard a chilling testimony of how a 30-year-old Ndola housewife allegedly defiled her son's-eight-year-old friend.
Sandra Mwale is believed to have lured the boy who is a grade one pupil at a named school in Ndola, to her bedroom on five occasions and had sex with him when he went to her house to play with her son.
Mwale is charged with defilement of a boy under the age of 16 which occurred in June this year.
When the matter came up before Magistrate Veronica Sikwangala, Mwale pleaded not guilty to having had carnal knowledge of the boy.
According to one of the witnesses who is the victim's aunt, she told the court that on a fateful day, her nephew who is a grade one pupil at the named school instead of knocking off from school at 12:00 hours, he went back home at 16:00 hours.
She narrated to the court that she found him sitting outside the veranda of their house at 17:00 hours and that when she asked him what he was doing at school up till that hour, he told her that he was playing on the school grounds.
She told court further told the court that at around 18:00 hours, her nephew asked for food as he was hungry, but that she told him that she could only give him the meal after he stated where he had gone to.
"I then got a whip to ask where he went, but he still did not tell me. Around 19:00 hours while I was cooking, my then called me and informed me that the child wanted to tell me something. He then narrated that he had gone to his friend's place and whilst there, his friend's mother called him to her bedroom, undressed him, and told him to play with his penis. Thereafter, she inserted it in her private parts," she told the court.
She told the court that when she asked her nephew if it was the first time Mwale was doing such a thing to him, he told her that it was the fifth time.
She further told the court that when she checked her nephew's private parts, she discovered that his foreskin was pulled backward and that his penis appeared reddish.
"He then told me that he was feeling pain when urinating and that was when I reported the matter to the police and my nephew was taken to Arthur Davidson's Children's Hospital where he was given medication," she said.
(Mwebantu, Friday, July 22nd, 2022)
Tags
Breaking News Education General News Headlines Health Trending Stories
Related Article