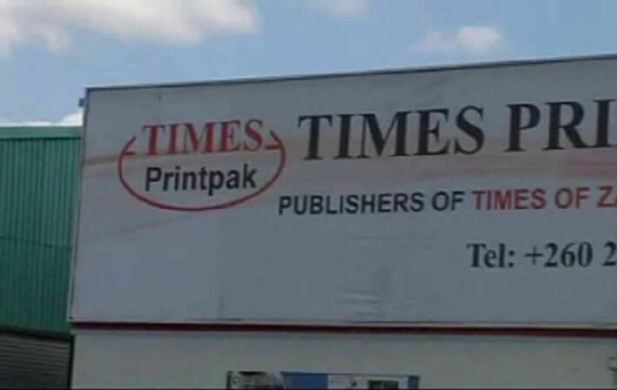 THE Zambia Union of Journalists (ZUJ) says it is disappointed and outraged by the manner in which management has mishandled the redundancy process at the Times Printpak.

In a statement, Union president Samuel Lukhanda said acting managing director Simate Simate and his team agreed to a road map with the union when they announced that the second batch of employees separating on the redundancy will be leaving on July 31, 2022 to avoid the mess they made on the first batch that has led to several court cases.

He said Mr Simate held meetings with employees assuring them that management had learnt their lessons and what transpired with the first batch where employees were underpaid, will not repeat itself.

Mr Lukhanda, however, said the agreed roadmap or the Collective Agreement in place have both not been respected.

"Yesterday, July 29, 2022 was the last working day for those separating with the company and as a Union, we were shocked to receive a memo from Mr Simate indicating that management has commenced paying terminal benefits without the beneficiaries being availed with terminal benefits pay slips.

It is common knowledge that employees are supposed to know their terminal benefits way before the last day at work but in the Times Printpak case, it was different," he said.

Mr Lukhanda said employees have started receiving their benefits without signing any document or verifying the calculations of the said redundancy package.

"From the onset, we strongly feel Management with the blessings of the Industrial Development Corporation (IDC) had intentions to underpay the Times Printpak employees because of the manner in which they have gone about with this process.

There are employees who are leaving with a redundancy package as little as K6, 505 after working for six years," he said.

He said the decision by management and IDC is not just inhumane but criminal.

Mr Lukhanda has since called on government and President Hakainde Hichilema, who is the chairperson of the IDC, to intervene in the matter so that the right packages can be paid to the employees.

He said efforts to advise management to follow the right procedure has always been ignored and as a result the company has a flurry of pending court cases.

"As a union, we are concerned that the Government has continued to pay a blind eye to what is going on at Times Printpak as management continues to violent employees’ rights with impunity and have several cases before the courts of law," he said.