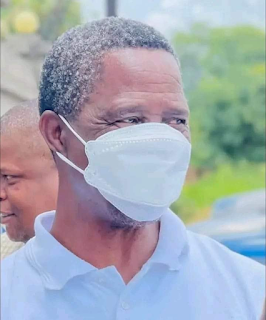 THE Zambia Police Service have solved the burglary puzzle that resulted in the theft of two Smart Samsung television sets both valued at K66,000 from president Edgar Lungu's rented house in Lusaka's Ibex Hill.

After being overwhelmingly wicked out of power for looting State coffers, PF have taken their thieving ways to opposition and are now competing to steal from each other.
Following the theft on August 9, police investigations led to a house of PF cadre Angel Chipasha in Ten Miles after he shifted from Chipata Compound in Lusaka to hide from his crime.
On raiding his house, officers found the 'unangelic' Chipasha perched on a filthy sofa watching Mpali on Lungu's pricy TV connected to a GoTV decoder and arrested him immediately.
Once at the police, Chipasha was painfully encouraged to reveal the whereabouts of the other television set and, between sobs, told the police that it was to be found with his PF comrade Emmanuel Bwalya, who was currently on the Copperbelt.
Inspector General of Police Lemmy Kajoba said officers were aware that Bwalya had already sold the TV on the Copperbelt and was appealing to anyone could have bought the Television or may have been approached to purchase the stolen Television to report to the nearest police station.
"Failure to do so may lead to the arrest and prosecution of any person who will be found in possession of the stolen Television," Kajoba warned.
The two cadres are said to have been regular faces at Lungu's residence in the name of solidarity visits when they infact were using the opportunity to see the security loopholes they could use to steal from the snake-eating and high-handed former president.
Kalemba August 18, 2022
Tags
Breaking News Featured Headlines Politics Trending Stories
Related Article