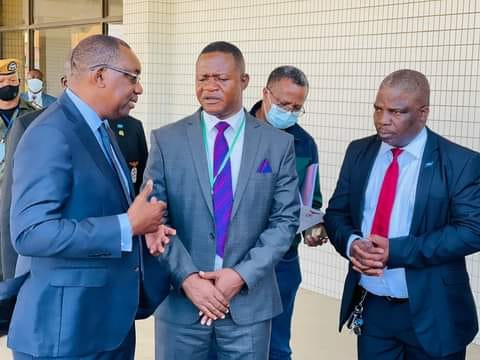 THE government has released K41 million for senior football teams, ahead of their continental engagements.
At a media briefing in Lusaka this afternoon, youth, sports and arts minister Elvis Nkandu said out of the K41 million, K20 million has been allocated to the senior Copper Queens while K21 million will go to the Chipolopolo Boys.
In July this year, the Copper Queens will go to Morocco to participate in the 14th edition of the Africa Women Cup of Nation (AWCON).
On other hand, the Chipolopolo Boys will be participating in the Ivory Coast 2023 Africa Cup of Nations (AfCON) qualifier matches.
The Aljosa Asanovic-coached Zambia side starts their campaign with an away fixture to Ivory Coast on June 3, 2022 and will later host Comoros Islands on June 7, 2022.
The minister said K41 million has been given to Football Association of Zambia (FAZ) to ease the burden for the team’s preparations.
Nkandu, who is Kaputa member of parliament, however, clarified that the money has not been released directly but that FAZ will have access to the funds, upon request for various engagements.
The minister added that the released amount will also go towards paying the various players’ allowances, while on national duty.
The Chipolopolo Boys will be seeking to qualify to the AfCON after missing the 2017, 2019 and 2021 editions.
The 2023 AfCON will be the 34th edition.
Kalemba May 24, 2022
Tags
Breaking News Business Education Featured General News Headlines Politics Sport Top Stories Trending Stories
Related Article