Mazabuka man jailed for 12 months for stealing 3, 800 from AirtelMoney agent 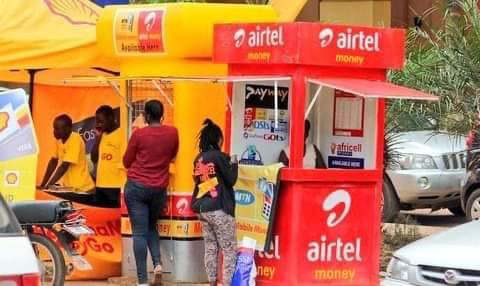 WHEN all intelligent people are worried about the safety of mobile money agents, a perverted but good looking man of Mazabuka town saw it decent to steal a K3, 800 from an unsuspecting AirtelMoney agent.

The good news, however, is that the amount was recovered from the inexperienced thief and the best news is that the thief will spend one year in jail, to possibly reflect and come out as a ‘pastor’ of some kind.

Yesterday, Mazabuka Magistrate Pasmal Meeetwa sentenced Francis Muuni to one year in prison for theft, contrary to section 272 Chapter 87 of the laws of Zambia.

Facts before court were that Muuni, on May 9, 2022 at around 10:30 hours, approached Nankamba Halooba, a mobile money agent, with an intention to swindle her.

He told the AirtelMoney agent that he wanted to withdraw a K4, 000 but was told that there was only a K3, 800.

Muuni then asked Nankamba to accompany him to a named warehouse within Mazabuka central business district (CBD).

The too trusting Nankamba agreed and the duo went to the warehouse.

Upon arrival, Muuni asked for the K3, 800 and he told Nankamba to wait a bit and he left.

Her sixth sense later directed her to contact the owner of the warehouse where she was waiting from.

The warehouse owner acted in an angelic manner by checking the closed circuit Television (CCTV) that is installed in the warehouse.

The CCTV showed Muuni, questionably zooming out of the building – the monkey way – to his car.

The matter was urgently reported to the same police that some people don’t trust and the officers of the law immediately went out in search of the two-faced Muuni.

The poor man, it seems, was confused with the fact of easily owning a K3, 800 and could not even go and hide in Kabobola, Highlanders, Zambia, Nakambala, Namulonga, Kaonga, Plan 2000 or Hillside residential areas of Mazabuka town.

He chose to loiter around Mazabuka Shoprite – maybe to start buying cases of Joe biscuits, Milkit and some chilli or no chilli chicken and chips from the recently re-opened Hungry Lion outlet in Mazabuka town.

Police pounced on him, before he could spend even a ngwee of “his money” and the K3, 800 was returned to Nankamba, the more-than-luck AirtelMoney agent.

During mitigation, Muuni, whose style of stealing sent the courtroom into laughter, pleaded with the court to exercise leniency with him, as he is a first offender who is remorseful of his action.

Magistrate Mweetwa still sent Muuni to jail where he will be regretting, for 12 months, his short-lived story of being a wealthy man, by Mazabuka standards.