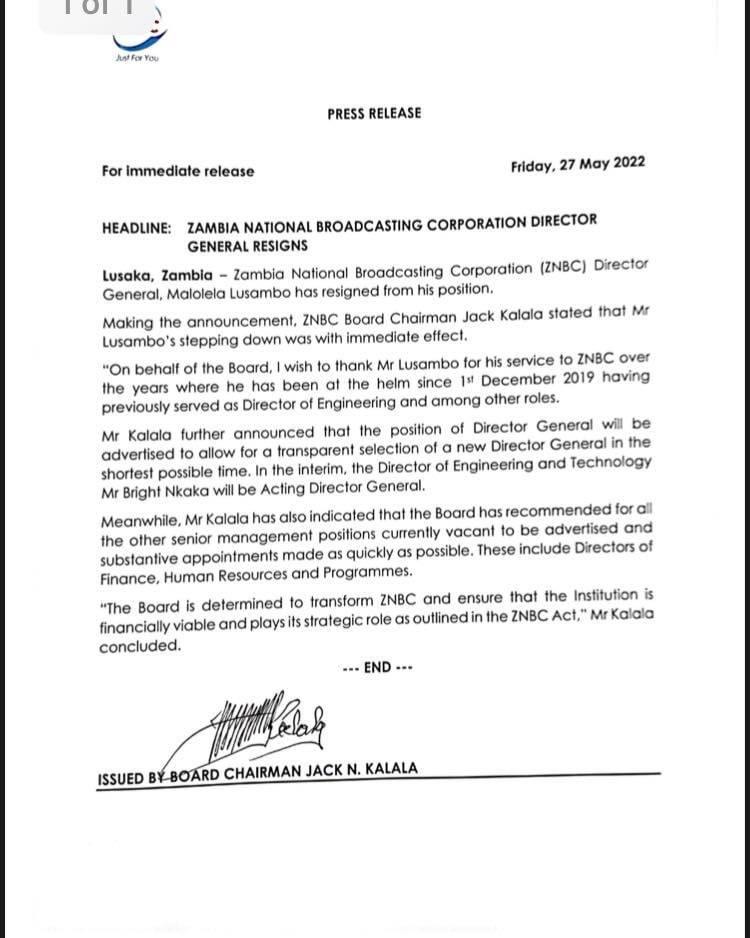 "On behalf of the Board, I wish to thank Mr Lusambo for his service to NBC over the years where he has been at the helm since Is December 2019 having previously served as Director of Engineering and among other roles.

Mr Kalala further announced that the position of Director General will be advertised to allow for a transparent selection of a new Director General in the shortest possible time. In the interim, the Director of Engineering and Technology

Meanwhile, Mr Kalala has also indicated that the Board has recommended for all

the other senior management positions currently vacant to be advertised and substantive appointments made as quickly as possible. These include Directors of Finance, Human Resources and Programmes.

"The Board is determined to transform NBC and ensure that the Institution is financially viable and plays its strategic role as outlined in the ZNBC Act," Mr Kalalaconcluded.