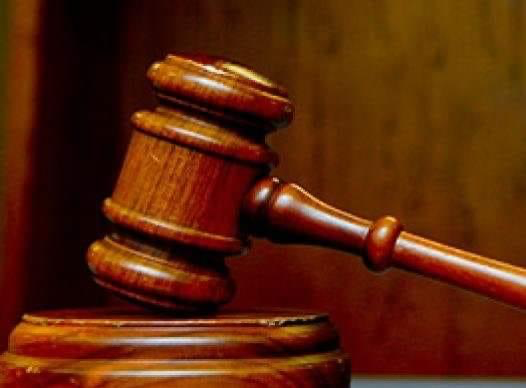 THE State has charged that the contract entered into between Honeybee Pharmacy Limited and the  PF regime was procured through fraud, incompetence, illegality, corruption and abuse of office.

It said the parties entered into the purported contract on November 22, 2019 and yet Honeybee Pharmacy was only incorporated on April 2, 2020.

The office of the Attorney General further indicated that the pharmaceutical company is not entitled to the US$17 million it is demanding as the goods it supplied were expired and it was communicated to, to fetch the goods from the warehouse after they were rejected.

Honeybee Pharmacy Limited has sued the State in the Lusaka High Court, demanding payment of $17,958,150 for the 'defective' drugs, condoms and gloves which it supplied to the Ministry of Health two years ago.

Honeybee wants the court to compel government to pay it $4,998,375 for the 500 medical kits it supplied under contract No. MOH/SP/032/19-02 and in the alternative for specific performance of the same contract.

It said the contract was worth $17,958,150 for the supply of various medical kits and related products as requested by the State through the Ministry of Health

Honeybee said between August 2019 and December 2020, it supplied the State with 500 medical kits out of the required number and they were all subjected to examination, inspection and verification and a certificate of acceptance of goods under various invoices were issued and various delivery notes valued at $3,990,700 at the time of delivery.

“It was an express term of contract that payment shall be made promptly and expeditiously or shall not exceed 60 days from the date of submission of an invoice or claim by the plaintiff,” Honeybee said.

“Despite the contract providing for part payment of the sums due, the plaintiff used their own funds to supply the kits and are now seeking full payment.”

Honeybee said several reminders have been made by its lawyers Tutwa Ngulube and Company to the Ministry of Health but they have been ignored without advancing a reason for failure to pay as there was an express term of the contract which provided for interest on the delayed payment.

And according to its intended defence sworn by Josiah Simachela, a chief State advocate in the Attorney General's chambers, the State said the goods supplied were not salable.

"The supplied medicines were not in accordance with the technical specifications and standards prescribed by the contract," Simachela said.

In its intended counter claim, the State said it discovered that the plaintiff had no capacity to enter into the contract in issue purportedly signed on November 22, 2019 as the plainiff was not yet incorporated at the time.

"By Section 89( 1)(a) of the Public Procurement Act No. 8 of 2020, a bidder is eligible to participate in a procurement if the bidder has the legal capacity to enter into a contract. Contrary to the provisions of the law, the plainiff entered into the purported contract on November 22, 2019 and yet the plainiff was only incorporated in April 2, 2020," he said.

"By Section 90(4) of the Public Procurement Act, No. 8 of 2020, qualification of a bidder shall be assessed by examining whether the bidder meets the qualifications criteria.

The Ministry of Health in collusion with the procurement entity ignored the assessment and proceeded to award a non-existing entity at the time with a contract."

Simachela said the contracting of Honeybee was fraudulent and it has been reported to the Drug Enforcement Commission and the Anti-Corruption Commission.

The State wants the court to nullify the contract of November 22, 2019 it entered into with Honeybee and the purported agreement for payment of the pre-clearance fee.

It is also seeking an order for reimbursement of whatever sum or any paid, received by Honeybee in respect of the impuned contract.