Some artists are failing to pay back loans - Nkandu 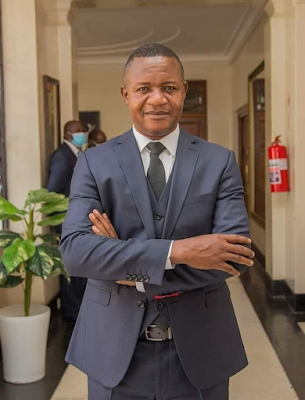 GOVERNMENT has recovered K26 million from youths that got the youth empowerment funds under the PF administration.

Speaking after a familiarisation meeting with artists on the Copperbelt, Youth, Sport and Arts minister Elvis Nkandu said he was very impressed with the rate at which the government was recovering the money.

"We have recovered more than K26 million. The rate that we are recovering this money is very very impressive and all those that said we will not recover that money should know that we are a very serious government," he said. "What has motivated these young people and artistes paying back is the interaction that we had in the past few months. And the monitoring system that we have put in place has also contributed to a very good recovery. Now that we have recovered, we have a long queue of people that are waiting to be empowered and that is a motivation to us as a ministry because we are now able to reach out to a lot of young people that can access the funds."

Nkandu, who is also Kaputa UPND member of parliament, said musicians were among youths that have challenges in paying back the money.

He said there was no other option but to pay back.

"There are also people that are not paying back. There is an outcry by the musicians who are failing to payback. Their outcry is the issue of the pandemic, COVID-19 and I agree with them that they can only make money out of self-tickets and their line of duty tells a story they always bring people together," Nkandu said. "Because of the guidelines that were out in place they couldn't meet and that is a challenge. And I still agree with them but musicians and other artists are very creative people. And even though we had that challenge some of them had to diversify and that's why they are paying back the money. We have musicians that have not started paying and what do you expect with this negative attitude we have as Zambians? I know we have that negative attitude, of not paying loans. This has not only happened to the youths even banks are facing the same challenge. Those that may not pay, the law will visit them. That's why we have the law and I can't go and manhandle anyone.’’

He said asking for them to pay back the money was not victimisation.

"From those artists that have gotten loans from the ministry, please pay back. And when we say pay back, that is not victimisation. We are just trying to remind you. Even in Church we know that Jesus will come but we are always reminded that Jesus will come," Nkandu added. "I believe the way the money was administered maybe was not in a good way because that was prior to elections. And a lot of people thought that those were benefits of insulting the UPND and President HH (Hakainde Hichilema). Or maybe you were duped because you would have been told that this is a grant. Now that you signed loan forms it clearly tells me that you need to pay back this money. And if you have challenges, come to us and talk to us we see the way forward because these challenges can also be turned into opportunities."

He advised them against listening more to their frustrations.

"This government has come to help you. Where you are seeing things are hard the government has come to help in. Even those that are contemplating to retire because they have not recouped what they had put in, this is the time that they should continue and should forge ahead with the talent. Yes, if you want to retire you can retire but maybe to some extent some of them it’s because of frustration that government is not doing enough to appreciate their talent and also to enhance on the problems they have. But this is a very friendly government that has come to help artistes," said Nkandu. "We will not just be using these artistes when it comes to campaigns, no! These are Zambian people that we should help. We will not look at your forehead to see what is written on it, if you are UPND or PF. That will not do because we believe and understand that Zambian people really detest segregation and we can't go that route. So, if you are in opposition or ruling, us we will consider you as an artiste. We will consider you as a young artiste who may need help from the government that you chose in that particular day, and that should not worry anybody.”