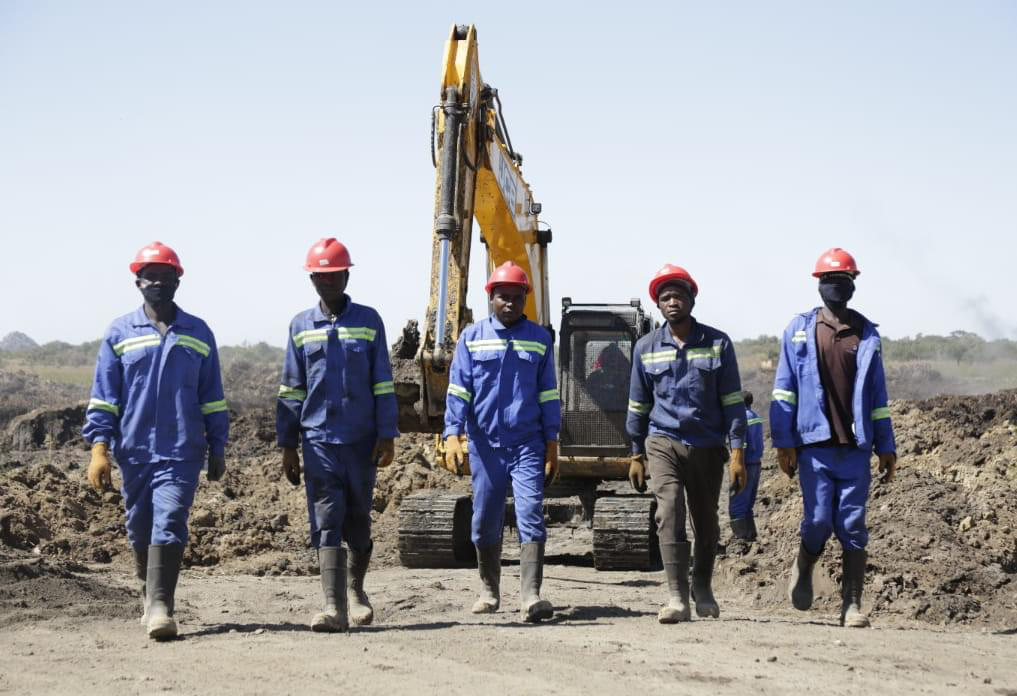 A SMALL-SCALE mine in Kabwe district, Central Province, has asked the government for support and protection from fraudsters claiming to be UPND members who are harassing small businesses.

Godfrey Chiboleka, the owner of Buyaco Integrated Limited, a small-scale mine in Kabwe, says local investors should be supported by the government to guarantee growth and job creations.

Speaking to journalists in Kabwe, Chiboleka said the government should ramp up support to private sector investments, in line with President Hakainde Hichilema’s economic transformation agenda of growth and job creation.

He said the survival and growth of small and medium enterprises (SMEs) and social enterprises should be an ongoing priority for Zambian businesses.

Chiboleka narrated that he started his mining business in 2019 with pick and shovels to hipping the Ash Zinc slug material which contained about 26 per cent zinc and 13 per cent copper.

However, he noted that politics have been a thorn in his mining business as some fraudsters claiming to be UPND supporters have been asking for ‘cuts’ in his company.

“The challenges I have been having here is the politicians. When I started, we were fighting with the PF cadres in 2019, the same people who were laughing at me that I am mad when I was hipping the slug for production but when they saw the massive operations at the mining site, everyone started coming to me that they also wanted to eat. I refused that that is not the way you eat! This is my mine and it has got all the necessary documentations,” Chiboleka explained.

“From the time I started the mine, a lot of people have been used by politicians to claim this is their land. Some are in prison because they forged some documents.”

And Chiboleka said he is planning to invest over K8 million in the mining project in order to increase production.

He said there was room for growth as the company had embarked on buying mining equipment in order to increase production.

“In terms of investment, we are planning to invest over K10 million. But what we need from the government is protection because as small and local investors, we are supposed to be protected by the government of the day. We understand this is the vision and the direction of the President [Hakainde Hichilema]. For this business to grow, the environment has to be conducive, away from political interference. We are a legal entity that has made all the operation obligation set by the government. If we grow, it will benefit both government and its people throw job creations,” Chiboleka said.

“As a small business enterprise, what we need is support from government of the day. If you cannot do business in Zambia as a Zambian, where can I do it from? It is like you can only do business freely in Zambia when you are a politician. But it is not everyone who can be a politician. I am not a politician but a businessman. People are fighting me here simply because I am not a politician. PF pushed me to be UPND and UPND is pushing me to be PF. So, if we are going to work like that, we are going to fail as local businesses. We really need support! It is not about politics but we are just local investors trying to survive.”

Buyaco Integrated Limited supervisor Cletus Kabunda said the government should ensure that there was a conducive environment for SMEs to thrive.

“Currently we are mining about 500 to 1000 tonnes of ash zinc per day. We hope to increase the production with investment in equipment, that will increase the demand of the work force,” said Kabunda.

Meanwhile, assistant supervisor at the mine Stephen Nyendwa said the mining company was providing jobs to the youths of Kabwe.

He said the mining firm, once fully protected, is likely to increase economic activities in Kabwe.