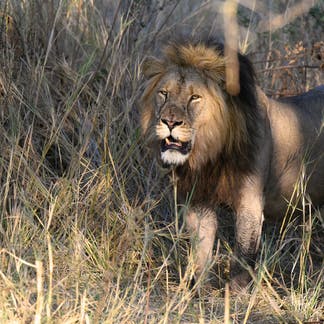 The National Parks and Wildlife Officers are in Isoka District searching for the stray lion which is reported to have killed and eaten a man of Kazilamawe village on Monday.

Isoka District Commissioner Collins Sichivula says  that the officer's arrived in the early hours of Tuesday after they received a report that a man had been eaten by lion.

Mr Sichivula explained that government is concerned and committed to ensure that the stray lion is captured  and killed in order to safeguard people's lives in the District.

The D.C added that the officers are actively patrolling  in all areas of the District.

He has therefore urged community members to cooperate in order to bring down the stray  lion.

The D.C says people should avoid spreading false information as it will alarm the situation.

He has advised that those with information that can assist the search should get in touch with the officers on the ground, the Police or the D.Cs office.