One of the three suspects behind the theft of cash and valuables worth more than K600,000 at Mobile City in Kitwe shot dead

ONE of the three criminals behind the theft of more than K600,000 cash and items stolen at the Mobile City store in Kitwe has been shot dead. 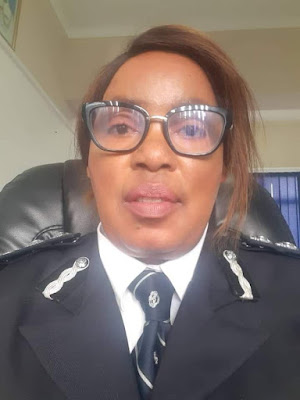 The suspect Prince Mugala who is an ex-convict known by the street name Kamwefu was shot in the head when police tried to deflet the tyres of his car as he was on the run.

"Police visited the scene of crime and discovered that the CCTV Drive at Mobile City was also stollen ,but Officers used the Cameras at Pick n Pay outlet, next to Mobile City. After watching the footage, three criminals were seen entering Mobile City and exiting during the time the breaking took place," she said.

Ms Zulu said after watching the footage, officers identified one of the criminals as Prince Mugala an ex-convict.

She said however, that two Security Gaurds from Armsecure who were guarding Mobile City identified him as Kamwefu the ex-convict.

"A talk time seller also identified Kamwefu as an ex-convict who is known to street kids. The street kids  also confirmed that the said Kamwefu has bought a new Toyota Allison Reg number ADD 8363 silver in Colour and that it has dent on the left side of the Vehicle he came to show them," she said.

"Today (yesterday) on July 7, 2022 at 09:30 hours, the Vehicle was spotted at Builders Ware House in Free Town Road in Parklands Kitwe and the driver was identified as the one of the criminals on the footage.They started trailing him from Parklands up to Kantanta road in town and when he noticed a vehicle trailing him,he increased speed.

That was when officers fired three shots in the air to stop him ,but he increased speed going towards wusukile. They fired four shots to deflet the tyres unfortunately one caught him in head while others defleted the tyres and went off the road and hit into a wall fence at Shakaina School where he was found," she said.

She added that the suspect was rushed to Kitwe Teaching Hospital where he was pronounced dead.